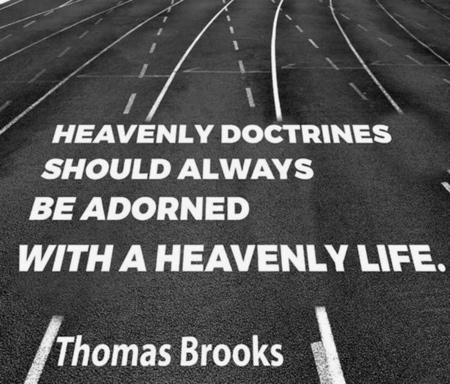 Unto the pure all things are pure: but unto them that are defiled and unbelieving is nothing pure; but even their mind and conscience is defiled.
~ Titus 1:15

But without faith it is impossible to please him: for he that cometh to God must believe that he is, and that he is a rewarder of them that diligently seek him.
~ Hebrews 11:6

Howbeit there is not in every man that knowledge: for some with conscience of the idol unto this hour eat it as a thing offered unto an idol; and their conscience being weak is defiled.
~ 1 Corinthians 8:7

Then said they unto him, What shall we do, that we might work the works of God?
~ John 6:28

But Jesus beheld them, and said unto them, With men this is impossible; but with God all things are possible.
~ Matthew 19:26

Jesus answered and said unto them, This is the work of God, that ye believe on him whom he hath sent.
~ John 6:29

And as many as were ordained to eternal life believed.
~ Acts 13:48d

Let every soul be subject unto the higher powers. For there is no power but of God: the powers that be are ordained of God.
~ Romans 13:1

The Work of God in Salvation, by William Perkins. The following contains an excerpt from Chapter Five of his work, “Cases of Conscience”.

Sin, in its proper nature (as Saint John saith), is an anomie, that is, a want of conformity.

Question 1: What must a man do, that he may come into God’s favor, and be saved?

For answer to this question, some grounds must be laid down before hand. The first is this: that we must consider and remember, how

1. by what means God brings any man to salvation. For look how God saves others, so that he who does not know how to be saved, must use the means whereby God saves them.

1. God gives man the outward means of salvation, especially the ministry of the word: and with it, he sent some outward and inward cross, to break and subdue the stubbornness of our nature, that it may be made it pliable to the will of God. This we may see an example of the jailer, Acts 16. And of the Jews that were converted at Peter’s Sermon, Acts 2.

2. This done, God brings the mind of man to consideration of law, and therein generally to see what is good, and what is evil, what is sin, and what is not sin.

3. Upon a serious consideration of the law, he makes a man particularly to see and know his own peculiar and proper sins, whereby he offends God.

4. Upon the site of sin he strikes the heart with legal fear, whereby when a man sees his sin he makes and to fear punishment and hell, into despair of salvation, in regard of anything in Him.

Now these four actions, are indeed no fruits of grace, for Reprobate may go thus far; but their only works of Preparation going before grace; the other actions which follow, are affects of grace.

5. The fifth action of grace therefore is, to stir up the mind to serious consideration of the promise of salvation propounded and published in the Gospel.

6. After this the sixth is, the kindle of the heart, some sense of the sparks of faith, that is, a will and desire to believe, in grace to strive against doubting and despair. Now in the same instant, when God begins to kindling the heart, any sparks of faith, then also He justifies the sinner, and with this begins the work of sanctification.

7. Then, so soon as faith is put it into the heart, there is presently a combat: for a fight of doubting, despair, and distrust. And in this combat, Faith shows itself, by fervent, constant, and earnest invocation for pardon: and after invocation follows the strength and prevailing of this desire.

8. Furthermore, God in mercy quite unsettles the conscience, as touching the salvation of the soul, and the promise of life, whereupon it rests and stays in itself.

9. Next after this settled assurance, and persuasion of mercy, falls a storing up of the heart to evangelical sorrow, according to God, that is, a grief for sin, because it is sin, and because God is offended: And then the Lord works repentance, whereby the sanctified heart turns itself on him. And though this repentance be one of the last in order, yet it didn’t itself first: as when a candle is brought into our room, we first see the light before we see the candle, and that the candle must needs be before the light can be.

10. Lastly, God gives a man grace to endeavor to obey his commandments by new obedience. And by these degrees doth the Lord give the first grace.

The second work of God tending to salvation is the giving of the second grace, which is nothing itself, but the continuance of the first grace given. For look as by creation, God gave a being to man and all other creatures, and then by his providence continued the same being which was as it were a second creation; so in bringing a man to salvation, God gives the first grace: for example, to believe and repent; and then in mercy gives the second, to preserve and continue in faith and repentance to the end. And this, if we regard man in himself, is very necessary. For as fire, without supply of matter where it is fed and contained, would soon go out, so, unless God of His goodness should follow His children, and by new and daily supplies continue His first grace in them, they would undoubtedly lose the same, and finally fall away.

The second ground for the answer of this Question is taken from some special places in Scripture, where the same is moved and resolved. The men that were at Peter’s Sermon, being touched with the sense of their own misery, upon the doctrine which had been delivered, as the Holy Ghost saith, were pricked in their hearts, and cried out one to another, “Men and brethren, what shall we do?” Peter moved by the Spirit of God, answers them, “Repent, and be baptized for the remission of your sins.” The like was the case of the jailor; who after that stubbornness of his heart was beaten down, by fear of the departure of the prisoners, he came trembling, and fell down before Paul and Silas and moved this question to them, “Sirs, what must I do to be saved?” to they gave the answer “Believe on the Lord Jesus and thou shall be saved, and thine household.” The young man in the Gospel comes to Christ and asks him, “What shall I do to be saved?” Christ answers him “Keep the Commandments.” When he replied that he had kept them from his youth, Christ tells him, that he must go yet further, and sell all that he hath and give to the poor. And John tells the Scribes and Pharisees, who came unto his Baptism, and confessed his sins, That if they would flee from the wrath to come, they must repent and “bring forth fruits worthy of repentance.” Form these places then, I frame this answer to the Question in hand: the man that would stand in the favor of God and be saved must do four things: first, humble himself before God; secondly, believe in Christ; thirdly, repent of his sins; fourthly, perform new obedience to God.

For the first. Humiliation is indeed a fruit of faith: yet I put it in place before faith, because in practise it is first. Faith lieth hid in the heart, and the first effect whereby it appears, is the abasing and humbling of our selves. And here we are further to consider three points: first, wherein stands humiliation: secondly, the excellency of it: thirdly, the Questions of conscience that concern it.

Touching the first point, Humiliation stands in the practise of three things. The first is, a sorrow of heart, whereby the sinner is displeased with himself, & ashamed in respect of his sins. The second is, a confession to god, wherein also three things are to be done: first, to acknowledge all our main sins original and actual: secondly, to acknowledge our guiltiness before God: thirdly, to acknowledge our just damnation for sin. The third thing in Humiliation, is supplication made to God for mercy, as earnestly as in a matter of life and death: and of these three things we have in Scripture the examples of Ezra, Daniel, and the Prodigal son, Ezra 9. Dan. 9. Luk. 15. 18.

The second point is, the excellency of Humiliation, which stands in this, that it hath the promises of life eternal annexed to it, Esa. 57. 15. I dwell in the high and holy place: with him also that is of a contrite and humble spirit, to revive the spirit of the humble, and to give life to them that are of a contrite heart. Psal. 51. 17. A contrite and a broken heart, O God, thou wilt not despise. Prov. 28. 13. He that hideth his sins shall not prosper: but he that confesseth and forsaketh them, shall find mercy, 1. Joh. 1. 9. If we acknowledge our sins, he is faithful and just, to forgive us our sins, and to cleanse us from all unrighteousness. By all these and many other places, it is manifest, that in the very instant, when a sinner begins truly in heart and conscience to humble himself, he is then entered into the state of salvation. So soon as David said, I have sinned, Nathan pronounceth in the name of the Lord, that his sins were put away. And David himself saith, alluding to the former place, I said I will confess my sin, and loc, thou forgavest the wickedness of my sin. When the Prodigal son had but said, I will go to my father, &c. even then, before he humbled himself, his father meets him, and receives him. 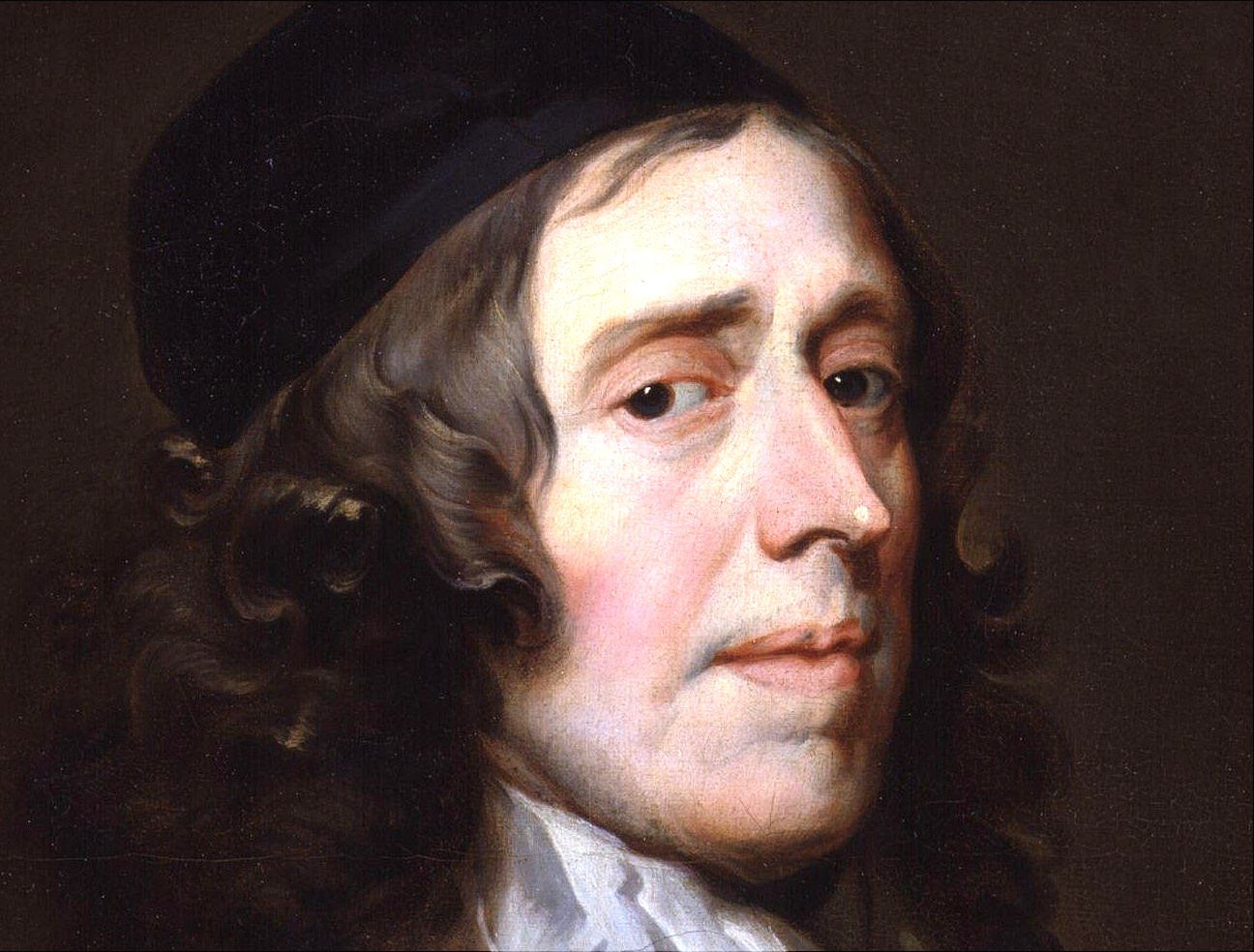